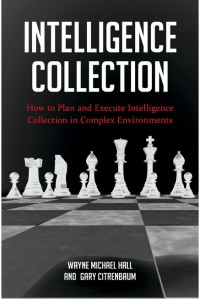 Book Description
Just as the old rules of conventional warfare and intelligence analysis do not apply fully in the 21st-century environment, neither does the traditional methodology of collecting intelligence on these elusive, adapting foes operating as complex adaptive systems (CAS)—adversaries that excel in today’s complex contexts.

Intelligence Collection: How To Plan and Execute Intelligence Collection In Complex EnvironmentS≪/i> proposes substantive improvements in the way the U.S. national security system collects intelligence and supports intelligence analysis. The work draws on the groundbreaking work of a diverge group of theorists ranging from Carl von Clausewitz and Sun Tzu to M. Mitchell Waldrop, General David Petraeus, and Orson Scott Card, communicating a unifying theory and ontology of thought for how America’s intelligence collection professionals must learn to collect data as our country faces elusive, determined, and smart adversaries in nonlinear, dynamic environments. The new ideas presented will help the nation’s intelligence collection specialists to amass a formidable, cumulative intelligence power, regardless of the level of war or the type of operational environment. 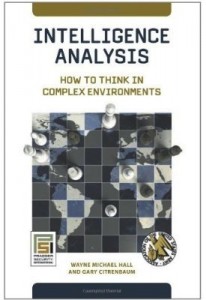 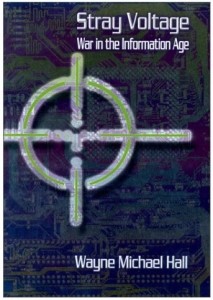 Book Description
Enemies of America who have no hope of competing with conventional U.S. military forces, Wayne Michael Hall warns in the opening pages of this timely book, will instead seize upon the strategies, tactics, and tools of asymmetric warfare to win future conflicts. A retired brigadier general in the U.S. Army with thirty years of experience in intelligence, Hall has written the book primarily for the military community and civilians interested in or responsible for homeland security. He explains the notion of knowledge warfare as our adversaries’ principal asymmetric strategy and information operations as their tactic du jour, and then offers a wealth of ideas on how to deal aggressively with these threats in the twenty-first century.
Along with knowledge war and information operations, the book discusses deception, information superiority, and knowledge management. It also recommends ways for the country to prepare for knowledge war through merging the country’s brainpower and technology in Knowledge Advantage centers, developing a joint information-operations proving ground where leaders train their staffs in a cyber-world environment, and developing an internet replicator to prepare for conflict in cyberspace. The book is published in cooperation with the Association of the U.S. Army. 272 pages. Notes. Index. Hardcover. 6 x 9 inches.

“This book is at once prophetic and immediately practical.” — Naval Intelligence Professionals Quarterly, Summer 2003